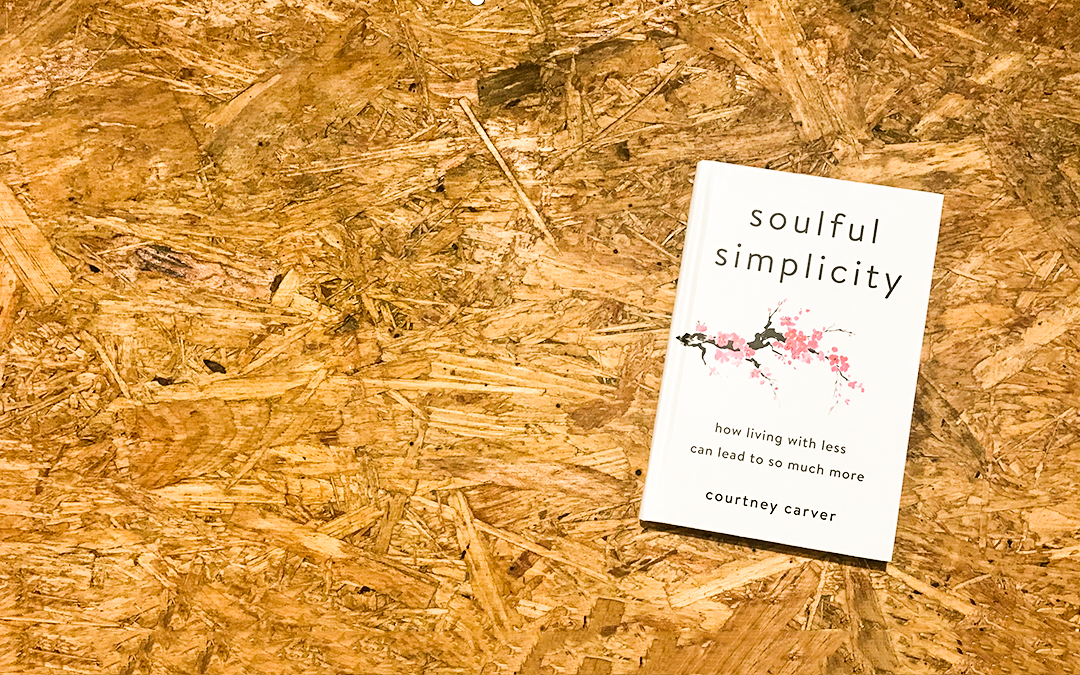 We were thrilled to be a part of the launch of Courtney Carver’s book, Soulful Simplicity, last year. Courtney came to us with a well-established platform from years spent blogging on her site, Be More With Less. She’d also been part of Minimalism: A Documentary About the Important Things (Netflix) by Joshua Fields Millburn and Ryan Nicodemus (The Minimalists) where she shared her minimalist wardrobe challenge, Project 333, so she was relatively well-known to people interested in minimalism and simple lifestyle-type content.

When we started working with Courtney, we had about six months to focus on pulling together the pieces needed for a successful launch. Her publisher, TarcherPerigee (an imprint of Penguin Group), was willing to provide a bit of basic marketing support. That left Courtney and Team Worthy with a lot of leeway to get creative about how to best get Courtney’s worthy message out into the world.

While Courtney does have a few online courses that she offers via her website, our primary goals for the launch were less about feeding a coaching or teaching funnel and more around how to maximize book sales in order to gain high ranking on the various sales lists as well as to build momentum for future book launches and related projects.

Our main strategies for launch included a full blogger/podcaster outreach campaign, a pre-order campaign to incent and reward early adopters, a high-ticket giveaway to create viral buzz and connect with Courtney’s engaged community, and a multi-city speaking and book tour. Here’s an overview of each strategy and how they worked together.

One of Worthy Marketing Group’s particular areas of specialty over the past decade has been in managing outreach campaigns to bloggers and podcasters who have a following of folks that might want to read our clients’ new releases. For Courtney, we reached out to a well-researched list of folks to see if a guest post, excerpt, or interview would be of interest to that specific audience. Overall, we got over 40 hits , including Laura Vanderkam’s Best of Both Worlds podcast and the Purpose Fairy blog, with a cumulative reach of well over 600,000 readers and listeners for just those two sites. In addition to the work Team Worthy did, Courtney, as well as her publisher, pitched the book to a number of major media outlets, which meant that on launch day, over a million potential readers had at least heard a bit about Soulful Simplicity.

While we were getting the momentum built via the outreach campaign, pitches to major media, and Courtney’s ongoing blogging and active use of Facebook, Twitter, and Instagram, we wanted to activate her audience to pre-order the book. Due to how many list-ranking algorithms function, any sales of print books made via Amazon prior to the official release date normally will “count” as a sale the week of release — so an effective pre-order campaign can maximize an author’s pub week sales numbers and help bookstores take more interest in the book, place more orders, etc!

When strategizing the pre-order bonus packages, we thought a lot about what would most interest and benefit Courtney’s audience. Would they be interested in the book mostly for themselves? For their friends/family? For a book club? We ended up splitting up the bonuses as follows:

The pre-order campaign was quite successful and led to bestseller status on Amazon weeks before the on-sale date of Soulful Simplicity!

Even though we were pleased with the momentum with the blogger/podcast outreach and the pre-order campaign, Courtney wanted to pull out all the stops and cover her bases before launch. She decided to run a major giveaway as a means to generate even more buzz and viral sharing. Since Courtney is well-known for a minimal closet challenge, her giveaway was a personal closet clearing at the winner’s home, along with lunch for the winner and a friend with Courtney. Since the giveaway was at such a high level of personal investment, Courtney required that entrants write a personal essay to enter the giveaway and had her attorney review all the marketing language to ensure that we didn’t run afoul of the rules for sweepstakes. While this was a larger investment, the authentic response of Courtney’s community was one of the highlights of the book launch!

The final piece of the launch was the book tour. While we typically caution new authors that book tours can be tricky — not always providing 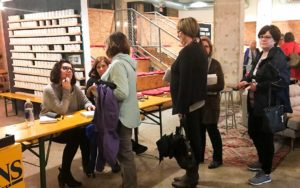 the best bang for the author’s buck — Courtney had already managed a national tour around her wardrobe challenge and had a great network in place. For the tour, ticket prices (sold via EventBrite) included one copy of Soulful Simplicity as well as entrance to an evening with Courtney where she talked about the topics in her book. Most of the locations were co-working spaces and bookstores that had space for 75-150 people, and Courtney sold out most of the venues. The tour provided an excellent boost to book sales, and Team Worthy worked with bookstores near each location to get the books ordered in a way that would ensure they would count towards Courtney’s sales and list rankings.

In all, working with Courtney was a great project for Team Worthy. Not only is she a lovely person, which made our weekly meetings with her something fun to look forward to, but she came to us having built a solid following via social media and her website, which meant that we had a lot to work with to support her very successful launch of Soulful Simplicity!

12:37 The power of an email list and details of CC’s email inner workings

17:14 Why it’s important to be intentional with all marketing—including social media and emails

18:13 CC talks about why she wrote Soulful Simplicity and where she got some of her inspiration

22:27 Details of CC’s experience with writing and marketing her book

27:25 Jayme asks what were the easiest and hardest things about marketing the book

32:37 Why it’s important to hold publishers to the fire and hold them accountable

38:45 Advice for any author about the whole process in writing, publishing and marketing your book from CC

Like what you’re reading? Then opt-in to get the Worthy Wednesday newsletter, a monthly updating featuring the latest tips and trips to help you get your Worthy message out to the world. 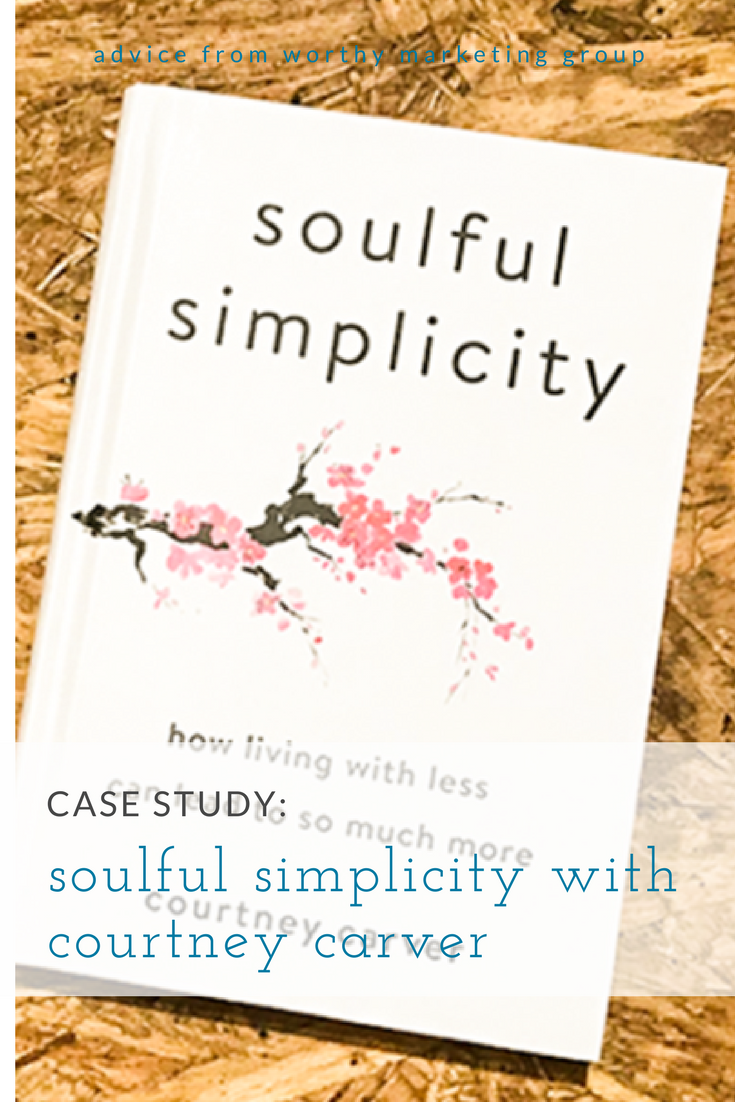 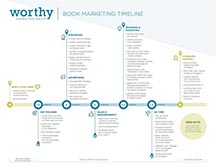 stay in the know + get our ultimate marketing timeline

Subscribe to our monthly digital dispatch for insider info and industry insights we only share via email with our worthy tribe.

Thanks for joining the WORTHY tribe! Look for an email with your download now.

Your free gift for subscribing is our timeline download, designed to help you have the best book launch possible.

- unsubscribe at any time -

Your free gift for subscribing to our list is the ultimate guide to book marketing timeline download, designed to help you have the best book launch possible.

- unsubscribe at any time -

You have Successfully Subscribed!

We use cookies to ensure that we give you the best experience on our website. If you continue to use this site we will assume that you are happy with it.OkPrivacy policy